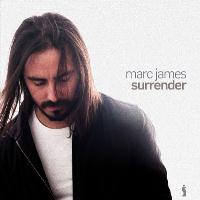 Back in 98 I was working as a schools worker in St Albans England. God had moved in my heart that I should go into high schools and share my faith with whoever would listen. I was also traveling with the band, leading worship, running 2 youth groups, and hanging out in pubs annoying people by trying to convert them..

It got to christmas time and I was completely burned out and  tired . I felt like I had nothing left to give. It  seemed that despite all my efforts to share the gospel nothing was really changing. I had really taken to heart prophetic voices that had blown through our town,through our nation,  people were talking up revival, saying that we were some sort of special and unique strategic town in God’s larger plan for global salvation. revival was going to start with us.

Maybe that was true, maybe not,  but any way, I had taken it upon myself to make that happen! It was in that context that one night I sat down with my 3/4 size nylon string guitar and sung to God “I’m giving you my heart and all that is within I lay it all down” I really was at the end of myself and felt so disappointed,  discouraged and more than that I felt damaged (A true artist!!!) I wasn’t sure If God had let me down or If I had let him down..

The second part of the story came as a real shock to me. Whist hanging out at Youth With a Mission in Harpenden, I was talking to a guy called Tre, he mentioned that he and his band were planning a trip to Hawaii, my friend Jono was the bass player for the band, he was unavailable for the trip.. for a joke I said ” hey I will play bass for you in Hawaii! How hard can it be it only has 4 strings”

We all laughed and I mentioned that there was a young bass player called Mark Sampson from my church who was going to be out there any way, maybe they could use him.

Later that day I got a call from Tre inviting me round to his flat. He said ” Hey man I have been thinking and I want you to pray about coming to Hawaii and playing guitar with us, I don’t have the money but here is a check for the first £150 for the ticket, I believe in you and if God wants you to go he will provide”

I was a little stunned, and very exited. and less than a month later I was on a plane to Hawaii, my first time out of europe.

A group of about 400 young people met together every day for a week in a large and dusty marquee at the University Of the Nations in Kona Hawaii. We worshiped, we prayed, we studied the bible and the early church, We layed down our lives , at times rocked our hearts out to jesus. We wrestled with  issues, we tried to surrender the things that we held on to, not just our obvious sins but also our free time, our money, our dreams, we imagined ourselves giving up our rights to the Lord..  together  we began to dream about what might happen if we truly took up our crosses and followed the example of jesus who said “not my will but yours”.

So, one morning… feeling both blessed and challenged I sat on a the porch where I had been sleeping and began to write the rest of the song.

The song grew wings and flew! Far beyond anything that I could have imagined. we recorded it first on the 100 hours album, then on the St Albans vineyard album, followed by a Vineyard UK release, followed by a release in the USA followed by translations into portuguese, spanish,korean, german etc etc.. Far Out!

Through it all a lot has changed inside me. I doubt God’s love for me less , I strive for his attention a little less. I cry more, I laugh more, I sleep less;) I am more free. I trust more, I love more.

A lot is still the same.. deep inside me there is a longing that wont let me go, something unsatisfied, an ache, The broken heart of God still gnaws away at my insides, ruining me for the ordinary, I know that there is more.

So 12 years on and here is “Surrender” the album, one old one and a load of new ones. It seemed appropriate to start my blogging career with the story of the song that I am most known for.

Over the years it has been amazing to hear from some people about moments/stories they have had with the song..I am honoured and privileged to have a part of my story connect with yours even through you reading this! Would love to hear your comments and share your thoughts bellow.